of the Estonian Pumped-Hydro Energy Storage

Energiasalv is being developed in Paldiski to store renewable energy.

Energiasalv is a 550MW underground battery to be built in Paldiski. When renewable energy is produced more than is consumed, Energiasalv stores renewable energy by pumping water from underground reservoirs into Paldiski Bay. If there is less wind and solar energy than consumers would need, Energiasalv provides electricity to the power grid by releasing water from Paldiski Bay back into underground reservoirs.   During the nominal operating cycle of 12 hours, Energiasalv provides 6 million kWh of previously stored electricity to the grid, which is somewhat more than the average daily electricity consumption of all Estonian households.

Energiasalv water storage technology is currently the most affordable technological solution for controlled electricity generation and storage in the world, the introduction of which will significantly reduce the electricity price of peak energy and thereby reduce the cost of electricity for households and businesses.

The energy store follows the Green Tiger Energy Roadmap and fulfils the three goals of the energy trilemma: 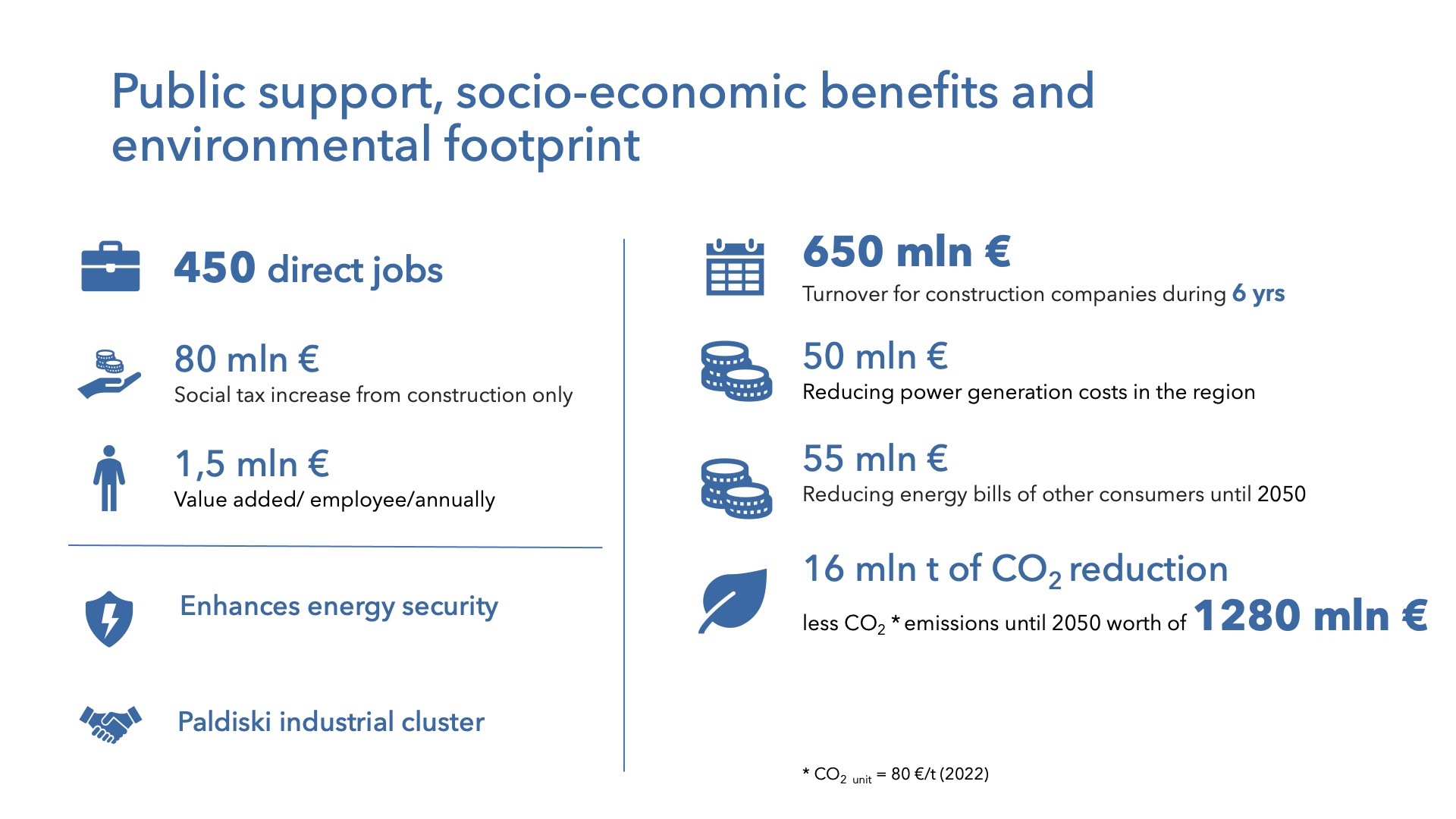