Zero Terrain is a geotechnical pumped hydro storage solution that allows to store energy like never before.

Pumped-hydro energy storage plants are the most mature and favorable large-scale storage technology, which helps balancing the power system and enables to switch from fossil-based economy to renewable-based economy. The challenge however is the need of mountains which significantly limits suitable locations.

Zero Terrain pumped-hydro storage technology can be used in regions which traditionally lack environmental prerequisites for hydro power projects, e.g. mountains or big rivers. The technological novelty of Zero Terrain Storage Solution is the placement of the lower reservoirs of the pumped storage plants in the Earth’s crust with favorable geology and using the surface water bodies as the upper reservoirs of the plants.

By placing the lower reservoirs in a suitable location on the Earth’s crust, additional income from sales of excavated rock is obtained. In case of the Estonian Pumped-Hydro Energy Storage project, the business plan involves production and sales of 15 million tonnes of chrystalline aggregates, which is to replace an imported high-cost igneous aggregates and low-quality domestic limestone aggregates, where appropriate. 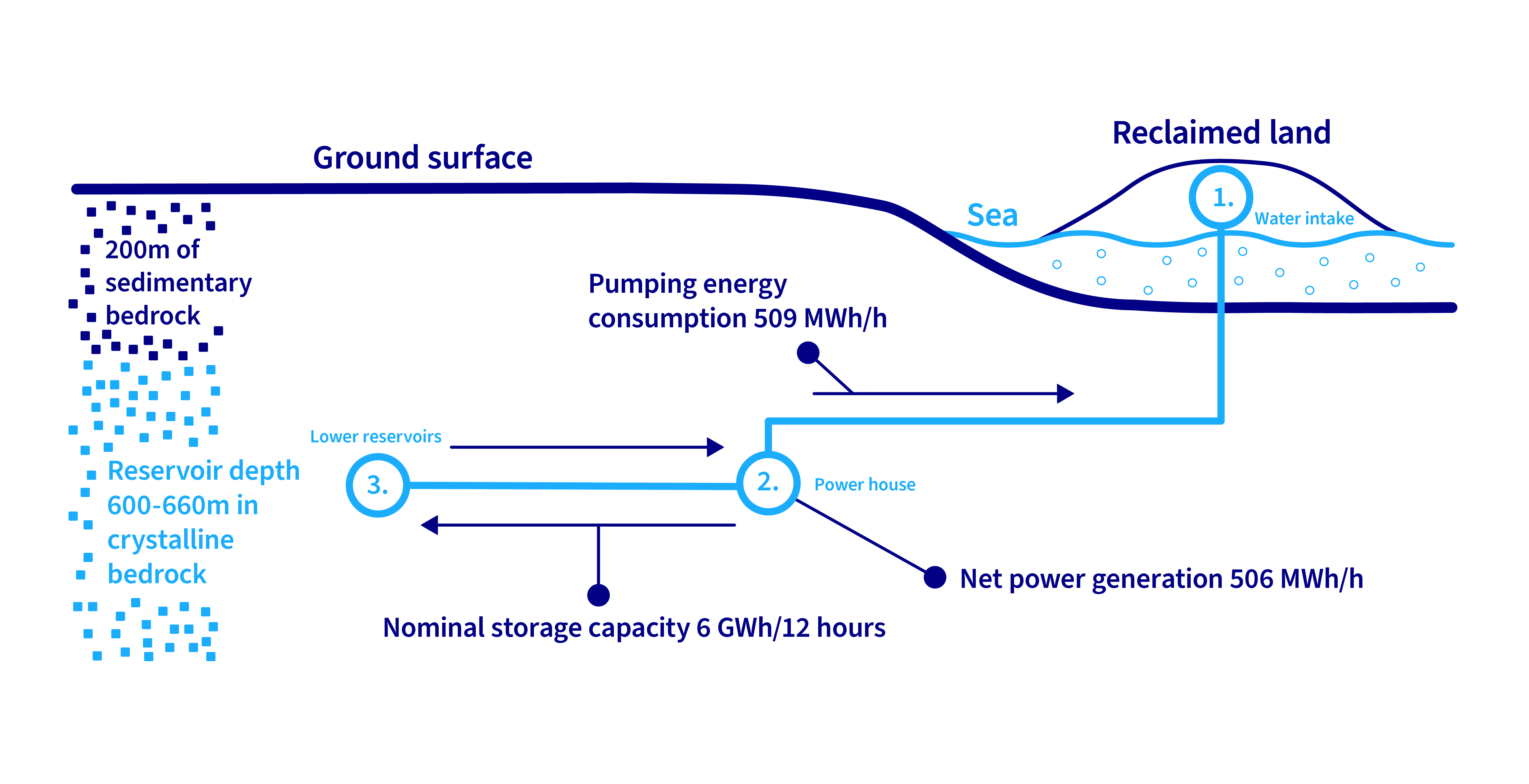